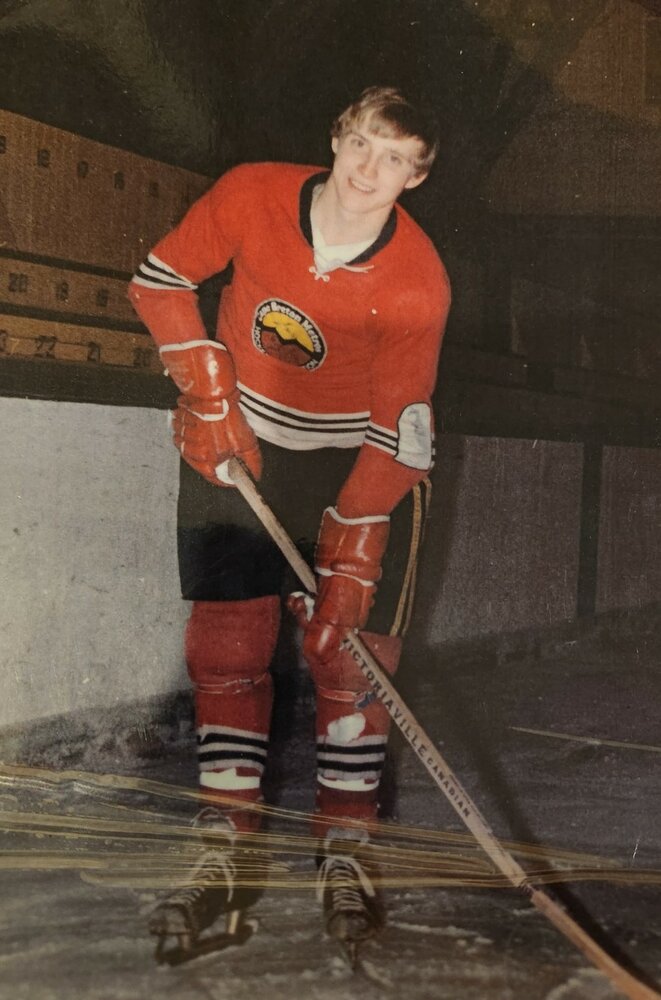 It is with heavy hearts that we the family, are announcing the passing of Bobby on Monday, January 9, 2023. He passed away as he lived, on his own terms, at home in Windsor, peacefully with his family by his side. Born in Windsor, he was the son of Eunice “Niecie” (Haley) Dill and the late Joseph “Joey” Dill.

Bobby was a well-known sports figure in the town from his track and field days to his long career playing hockey, which began playing on local ponds and advanced quickly through the years. From playing school hockey at KCS, junior hockey with the Windsor Royals to the Cape Breton Metro’s, to college hockey at Acadia to senior semi-pro hockey in Newfoundland and New Brunswick then home again here in Windsor. He came out of retirement to join the Windsor Schooners and was the oldest player in the league at that time. He finished his career in hockey by coaching his son and then becoming a fan in the stands watching his grandson, Brogan. Bobby was instrumental in the formation of the Valley Maple Leafs and contributed to the sport of hockey which he was so passionate about. He was a coach for a number of years, moving upward to a position on the board of directors, which he held until the end.

After his hockey career, he ended his working career in car sales working both on and off the lot. He could tell stories like no other and will be remembered by many for them. Any time that Bobby had that wasn’t spent at the dealership or the rink, he could be found at his beloved camp.

Arrangements have been entrusted to DeMont Family Funeral Home & Cremation Service, 419 Albert St., Windsor (902-798-8317). A casual Celebration of Life will be held in the Royal Canadian Legion, Hants Co. Branch 009, 35 Empire Lane, Windsor, upstairs, on Saturday, January 21 from 3-6 p.m. Donations in memory of Bobby may be made to the Canadian Cancer Society, 5826 South St., Halifax, NS B3H 1S6. Messages of condolence may be sent to the family by visiting: www.demontfamilyfuneralhome.ca

Share Your Memory of
Robert
Upload Your Memory View All Memories
Be the first to upload a memory!
Share A Memory
Send Flowers