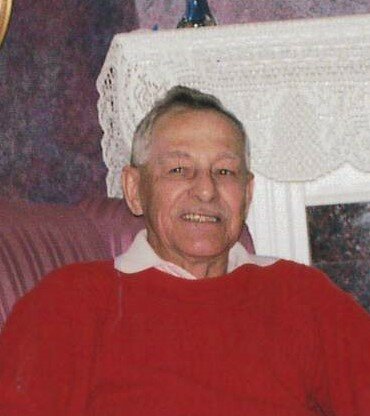 Please share a memory of Lawrence to include in a keepsake book for family and friends.
View Tribute Book

Age 91, of Sackville, formerly of Falmouth, passed away peacefully in The Sagewood Continuing Care Community, Lower Sackville, on Sunday, September 11, 2022. Born on July 27, 1931, in Windsor, he was a son of the late George and Mabel (Mattock) Skipper. He was the last surviving member of his immediate family.

Lawrence was an avid woodworker and a Korean war veteran having done radio operating work for the Canadian Army. Following his retirement, he was Regimental Sergeant Major at Aldershot and finished his career as Cadet Major at Kings Edgehill School. He happily resided at the Gladys Manning in Windsor for 20 years before moving to The Sagewood Continuing Care Community in Lower Sackville.

Arrangements have been entrusted to DeMont Family Funeral Home & Cremation Service, 419 Albert St., Windsor (902-798-8317), where a visitation will take place 7-9 p.m., Wednesday, September 14. A funeral service celebrating Lawrence’s life will be held at 1 p.m. Thursday, September 15, in DeMont Family Funeral Home Chapel, Rev. Bill Gibson officiating (masks are encouraged). A private family burial will immediately follow in Centre Falmouth Cemetery. Guests are welcome to meet with the family for a reception in the funeral home’s Elmcroft Reception Centre following the service. In lieu of flowers, donations in memory of Lawrence may be made to the Canadian Diabetes Association, P.O. Box 25199, Halifax, NS B3M 4H4. Messages of condolence may be sent to the family by visiting: www.demontfamilyfuneralhome.ca

Share Your Memory of
Lawrence
Upload Your Memory View All Memories
Be the first to upload a memory!
Share A Memory
Send Flowers