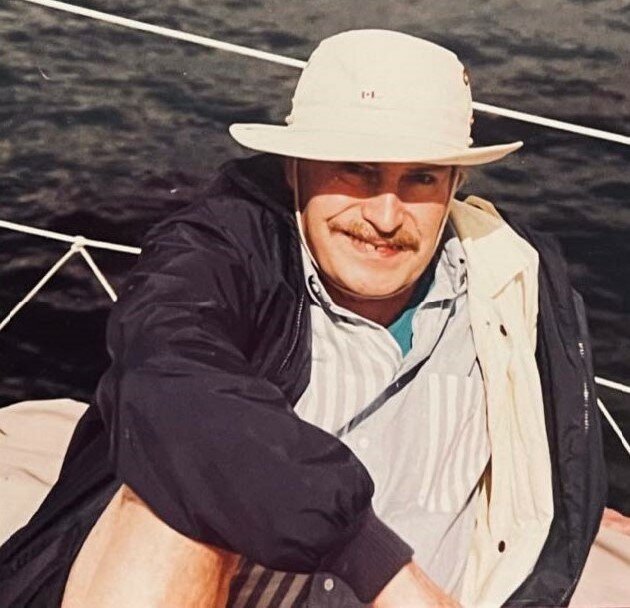 Please share a memory of William to include in a keepsake book for family and friends.
View Tribute Book

William Currie slipped away peacefully in the early morning hours of Saturday, August 6, 2022 at Dykeland Lodge in Windsor, just shy of his 100th birthday.

Bill was the eldest of three children born to Silver Currie and Etta (Prest) Currie. His childhood was spent in the village of Ellershouse, where from an early age he developed an appreciation for music and a lifelong love of books. He learned to play multiple musical instruments including the piano and organ and as a teenager, along with his father and brother Donnie, was a member of the Windsor Citizen’s Band where he played the cornet. He would later spend time as a choir director and organist. Bill excelled at public speaking and essay writing, winning prizes for both as a student. He earned a Superior First Class Diploma in Education from the Provincial Normal School in Truro in 1941 as well as a Bachelor of Arts Degree in English Literature from Acadia University in Wolfville, graduating in 1947. He pursued a career in education and over the years held positions at several well-known private schools including King’s College School (now King’s-Edgehill) in Windsor and Bishop’s College School in Lennoxville, QC. In 1965, he was appointed Headmaster of the Halifax Grammar School in Halifax, a position he held until 1971.

After leaving teaching behind, Bill turned his hand to writing, focusing on historical pieces and novels. He never lost his passion for reading and over the years built a much-cherished collection of books. He also loved history and art and was lucky enough to be able to visit and explore many of his favourite places around the world. In his younger days, Bill was the proud owner of several rather special sports cars. He spent many happy years living in Montreal and Vancouver before returning home to his beloved Nova Scotia in 2000.

Bill remained active and fiercely independent well into his ‘90’s, walking countless miles every day decked out in his signature Tilley hat and vest while taking in his favourite sights in an around Halifax.

Predeceased by his parents and younger siblings, Donnie Currie and Margaret (Currie) MacDonald; Bill leaves behind his sister-in-law, Elinor Currie and brother-in-law, Dave MacDonald as well as six nieces and nephews, Dwight, Stirling and Janet Currie and Pam, Scott and Lisa MacDonald and their families. We all treasure our memories of this passionate, interesting and eccentric man who brought so much wonder and magic to our lives.

The entire family wishes to say a special thank you to Janet (Currie) Ross for her time, sacrifice, patience and good humour in caring for Bill in his final years and to Dave MacDonald for his unquestioning dedication and support of his brother-in-law.

Arrangements for cremation have been entrusted to DeMont Family Funeral Home & Cremation Service, 419 Albert St., PO Box 981, Windsor NS B0N 2T0 (902-798-8317). A private graveside service will be held at a later date in St. James Anglican Cemetery, Brooklyn, Rev. Father Tom Henderson officiating. Donations in memory of Bill may be made to a charity of one’s choice. Messages of condolence may be sent to the family by visiting: www.demontfamilyfuneralhome.ca

Share Your Memory of
William
Upload Your Memory View All Memories
Be the first to upload a memory!
Share A Memory