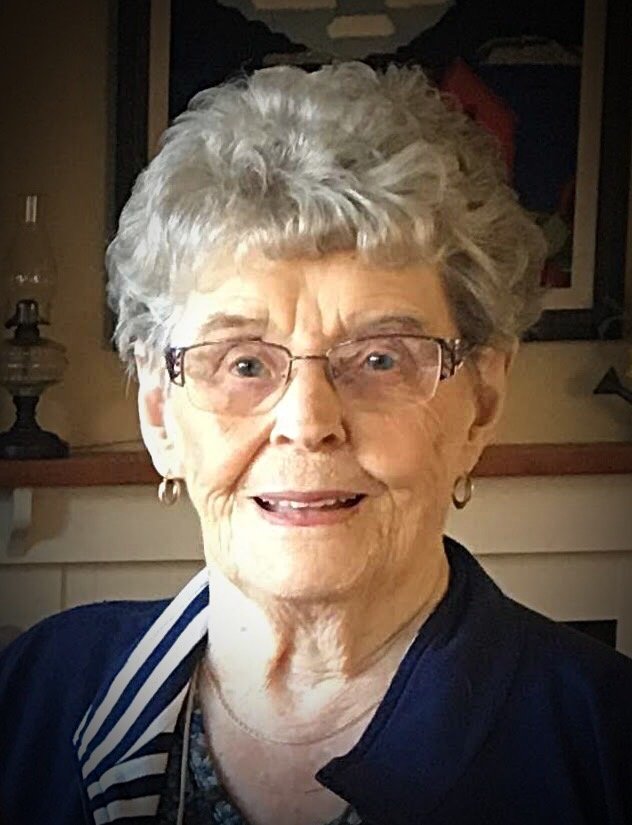 Age 97 of Hantsport. It is with great sadness that the family of Erma Blanche (Walsh) Simpson Wamback announce her peaceful passing on Tuesday, November 19, 2019 at Hants Community Hospital in Windsor. Born in Avonport, she was a daughter of the late Seymour and Clara Belle (King) Walsh.

Erma was a lifelong member of Hantsport Baptist Church where she served as the first female deacon. Her devotion to her Lord was evident in all that she did. Her love of family, friends and community were important to her, and she will be missed by so many whose lives she touched.

Active in several groups and organizations throughout her life, Erma remained interested and involved right up until her recent illness. She was a dedicated member of the Kings Daughters, Women’s Missionary Society, Eastern Star, Royal Canadian Legion Ladies Auxiliary, and Red Hatters, just to name a few.

Erma was the last surviving member of her immediate family. She is survived by her daughter, Shirley (Brian) Bishop of Hantsport; grandchildren, David (Elizabeth) Simpson and their daughter Ashley, of Tantallon; Jayne Simpson and her daughter Jennifer Huizen, of Bedford; Kathryn Kennie (Joseph) and their children Sophia, Olivia and Nathan, of Gaspereau; Suanna MacCormack (Stephen) and their children Hannah and Logan, of Howie Centre; and her “grand dogs” Bud and Little Bud. Erma also leaves behind many nieces, nephews and cousins whose relationship she cherished.

Erma’s family would like to express their deep appreciation and thanks to the professional and compassionate staff of Hants Community Hospital.

Share Your Memory of
Erma
Upload Your Memory View All Memories
Be the first to upload a memory!
Share A Memory
Send Flowers