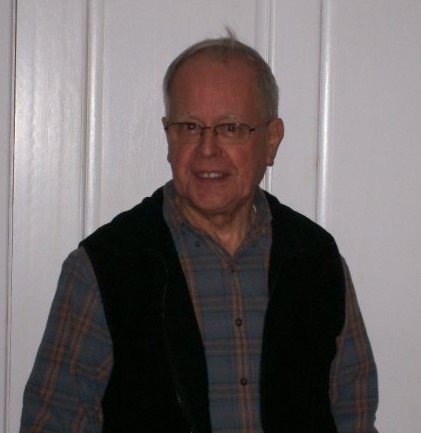 It is with great sorrow that we announce the passing of our husband, father, brother and grandfather, Arthur Reid “Dad” “Grandad” “Grindad” “Gung Gung” Mumford of Windsor.

Arthur was born in Selma, Hants County to the late A. Reid Mumford and Maude K. (Zwicker) Mumford on May 2, 1936. He attended McKay Section School and graduated from Windsor Academy. He went on to earn his B.A., B.Ed. and Masters of Education from Acadia University while teaching full-time at Hants Regional Vocational School, later to be known as Hants Community College. There he was the Architectural/Mechanical Drafting Instructor and taught Blueprint Reading to all trades. Prior to his teaching career, he was employed at Fairey Aviation Ltd., Eastern Passage.

Arthur's greatest joy was when he was surrounded by his loving wife, June, of 59 years and his family. He was a self-taught talented musician. He played guitar, mandolin and fiddle and enjoyed playing for music events at Seniors' homes in Hants County. He liked country music especially, but when his musician children played jazz or classical you would still find Dad in the audience. He was their biggest fan.

He was a painter and you can still find many of his paintings hanging in living rooms around Hants County and beyond.

Arthur enjoyed going to McDonald's almost every morning to catch up and share laughs with all of his coffee buddies.

Besides his parents, Arthur was predeceased by sisters, Elizabeth “Bette” Pick and Jean M. Fletcher.

The family would like to thank the professional and compassionate staff of Hants Community Hospital’s Palliative Care Program for their exceptional care.

Arrangements have been entrusted to DeMont Family Funeral Home & Cremation Service, 419 Albert St., Windsor (902-798-8317). A private family graveside service will be held in Maplewood Cemetery, Windsor, Rev. David Hann officiating. A public reception celebrating Arthur’s life will be held 2-4 p.m. Sunday, November 17 in the Sweets Corner Hall. In lieu of flowers, donations in memory of Arthur may be made to Palliative Care c/o Hants Community Hospital Foundation, 89 Payzant Drive, Windsor, NS B0N 2T0. Messages of condolence may be sent to the family by visiting: www.demontfamilyfuneralhome.ca

Share Your Memory of
Arthur
Upload Your Memory View All Memories
Be the first to upload a memory!
Share A Memory
Send Flowers