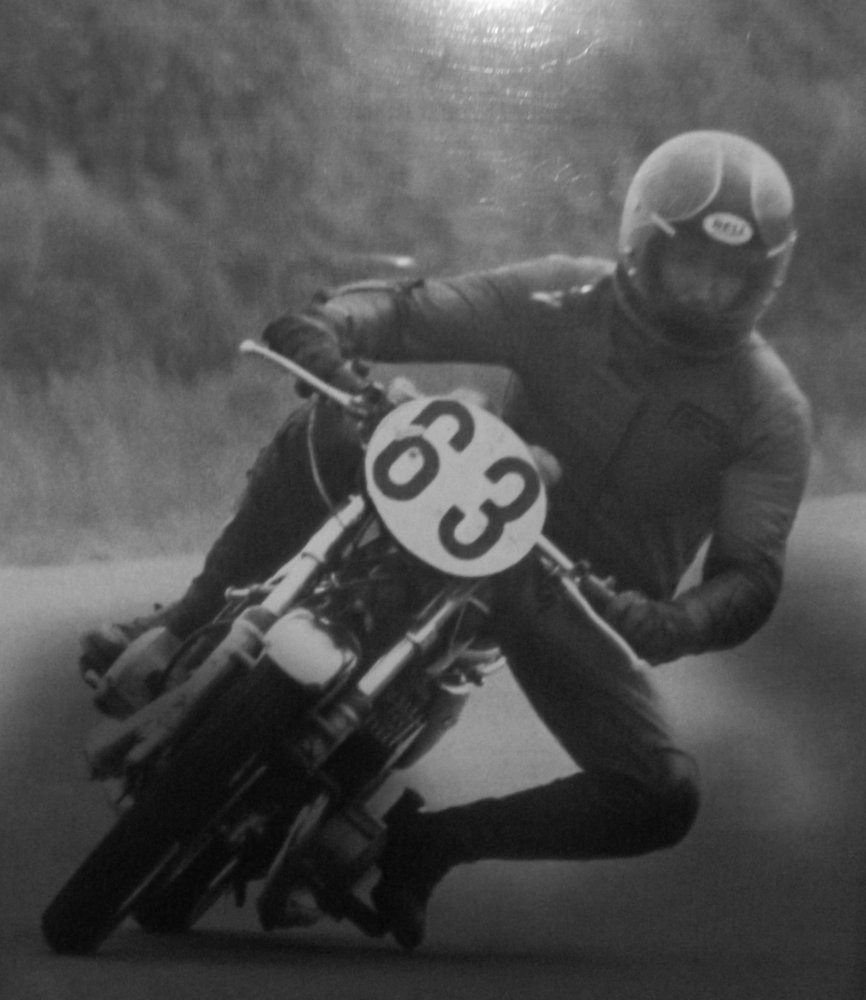 Age 69, of Murphy Cove, made his final lap on October 4th, 2019 in the VG Site, QEII after battling metastatic melanoma. He was surrounded by his family and declarations of their love.

He was a kind, gentle, well-read and goofy man, with a heart of gold that was wholly dedicated to his best friend and wife of 37 years, Connie. Their love story was one for the storybooks. He lived for long rides on his motorcycle, time with his family, walks in the woods, sharing random historical facts, and making everyone laugh with his terrible Christmas riddles.

Bruce was born in Halifax and raised in the North End, by a tough and resourceful widow who he adored and respected. In his youth, when he wasn’t making money, he was tearing up the city with his brother and friends. As a young man, he travelled the world and raced his motorcycle, winning the Atlantic Region Road Racing Championship in 1977. He was a long-time member of the AMCRA and helped with the construction of the Atlantic Motorsport Park. Bruce operated/owned Valley Yamaha Suzuki (first in New Minas and then in Port Williams) from 1981-2011, where he was “the man behind the red counter.” His unfailing memory for parts numbers and knowledge of all things two-wheeled was well-known among Atlantic Canada’s motorcycle enthusiasts. While the Monks resided for many years in Port Williams, Bruce and Connie pulled up anchor after the kids finished their education and moved to an old family home in Murphy Cove. His retirement was spent building a garage, renovating the house, making trails, travelling to visit their son, getting “a decent cuppa” at his son-in-law’s café and working on many DIY projects. He was a Patsy Cline fan right to the end and often quoted Forrest Gump, both things he shared with his daughter.

Arrangements have been entrusted to DeMont Family Funeral Home & Cremation Service, 419 Albert St., Windsor (902-798-8317). A celebration of life for Bruce will be held on Saturday, October 19th, from 2-4 p.m. in the Brewery Market Lower Courtyard at 1496 Lower Water Street, Halifax. Donations in his memory can be made to the Canadian Cancer Society -Nova Scotia Division, 5826 South St., Halifax, NS B3H 1S6. Messages of condolence may be sent to the family by visiting: www.demontfamilyfuneralhome.ca

Drop In Celebration of Life

Share Your Memory of
Bruce
Upload Your Memory View All Memories
Be the first to upload a memory!
Share A Memory
Send Flowers