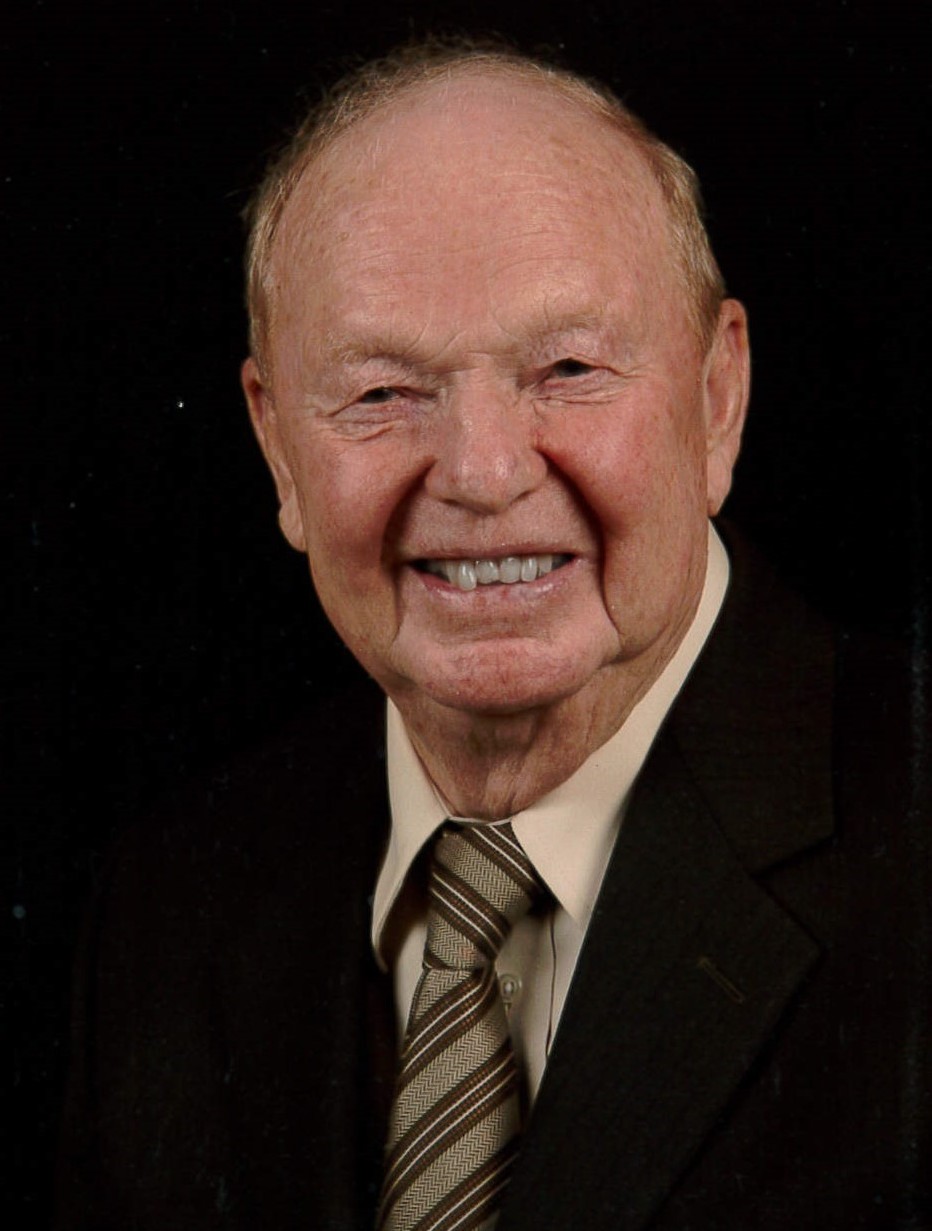 It is with great sadness that the family of Gerald Clifford "Gerry" Raymond announces his passing in Windsor on Monday, August 12, 2019.  He was born in Centreville, Digby County, on August 19, 1927.  Gerry was predeceased by his parents, Ernest H. and Mabel G. (Dakin) Raymond; his loving wife, the former Geneva E. McKay (January 31, 2019); siblings, Darrell A. and Harold N., in infancy, Keith O., Robertson D. "Bob" and Demille E., and his son in-law, Stephen C. Hadley.  He is survived by his daughter, Janet H. Hadley of Beaverbank; son, Bruce G. (Joyce) of Charlottetown; adored grandsons, Brian Hadley of Toronto and Andrew Hadley (Caitlyn) of Halifax; and step-grandchildren Donna Aitken, Shane Condon, Susan "Susie" Quinn, PEI and their children. He is also survived by many nieces and nephews.

Gerry grew up in Centreville, then with family, moved to Digby during the war years.  He graduated from Mount Allison University and then attended Nova Scotia Technical College to become an engineer.  While driving a fish truck for his brother's fish plant during the summer he met the love of his life working as a waitress for the summer at the Harbourview Inn in Smiths Cove.  Gerry and Geneva moved to Noranda for two years before returning to Nova Scotia to work at the Fundy Gypsum Company for 36 years retiring in 1992.  He worked at several positions eventually becoming the general manager for the company.

He was heavily involved in community life working on numerous community projects such as the Centennial swimming pool, tennis courts, Saving Elm Trees Committee, and the Elms nursing home.  He served on governing committees for the Windsor United Church, was a school board trustee, and was heavily involved with both the Gyros and Rotary and the Intouch Rotary Program.  He won many awards including the Windsor Gyro Club Executive Citation (62 years), Golden Key to the Windsor Elms Village Door, Rotary Paul Harris Fellow, True Rotarian Award, Communities in Bloom Lifetime Gardener Award, Communities in Bloom Best Garden Selection and Nova Scotia Volunteer of the Year.

Gerry and Geneva shared a love for travel both work and pleasure visiting locations all over the world. His true passion at home became gardening as he annually transformed his property into an explosion of beautiful flower blooms.  In winter, this becomes a profusion of Christmas lights.  His friends can regale you with many humourous events and he will be truly missed by his friends and family.

The family wishes to thank his caregivers Barb P., Grace B., Pam M., Debbie G. and Rose W.  The family also thanks the many medical professionals for their caring, compassion and help for Gerry through his illness including Dr. Mark Kazimirski (along with Allison and Lydia), Dr. Lori Wood (along with Donna), Dr. Tettah Ago, Dr. Cathryn Smith, Dr. Paige Stevens, and palliative care consult nurse Amber Phillips.  We would like to thank family, friends and the Windsor community for flowers, phone calls, cards, visits, emails and food.