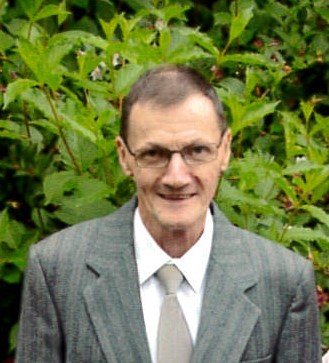 It is with saddened hearts that we, the family, announce the sudden passing of Orren on Monday, June 17, 2019 in the Halifax Infirmary, QEII Health Sciences Centre. Born and raised in Bridgewater, Orren was the youngest child of the late Reid and Beatrice (Wagner) Aulenback.

Orren was a teen when he began his career as a hand-fed press operator at the Bridgewater Bulletin, the same place where he first saw the person who would become the love of his life, Gaylan. They married in 1958 and moved to Halifax, where he worked at various print shops around Halifax and Dartmouth. Together, Orren and Gaylan settled in Hantsport to raise their family in 1968. He began working at Acadia University and stood proudly in the University print shop for 6 years. As a master of his trade, Orren began teaching at Kingstec in 1974, inspiring a younger generation of Heidelburg press operators.  Gone are the days of hand-set type and sadly, now we say good-bye. Orren was a loving husband, father, grandfather and great grandfather. His hobbies included teaching eager 16 year olds to drive safely and wood working in his basement workshop.

Besides his parents, Orren was predeceased by his wife of 58 years, Gaylan; brother, Willard and sister, Ruth Purnett.

The family will be forever grateful for the care and love our dad received by in-home caregivers Heather Voegeli and Jordan Parker. Their patient and caring natures allowed our dad to remain in his home longer as his dementia progressed. Thank you to the Windsor Elms Village and everyone who works there, for the kindness and support during Dad’s brief stay. The best people really do work there. Thank you to the Emergency Department of the Hants Community Hospital and to the staff of units 8.3 and 7.2 of the Halifax Infirmary for the care and compassion you showed our father.

Arrangements have been entrusted to DeMont Family Funeral Home & Cremation Service, 419 Albert St., Windsor (902-798-8317), where a funeral service celebrating Orren’s life will be held June 28 at 2:00 p.m., Rev. Garnet Parker officiating. A reception will follow in the funeral home’s Elmcroft Reception Centre. Burial will be held at a later date in Park Cemetery, Mahone Bay. Family flowers only, by request. Donations in Orren’s memory may be made to Alzheimer’s Society of Nova Scotia, 112-2719 Gladstone St., Halifax, NS B3K 4W6 or Windsor Elms Village, 174 Dyke Rd., Falmouth, NS B0P 1P0. Messages of condolence may be sent to the family by visiting: www.demontfamilyfuneralhome.ca

Share Your Memory of
Orren
Upload Your Memory View All Memories
Be the first to upload a memory!
Share A Memory
Send Flowers