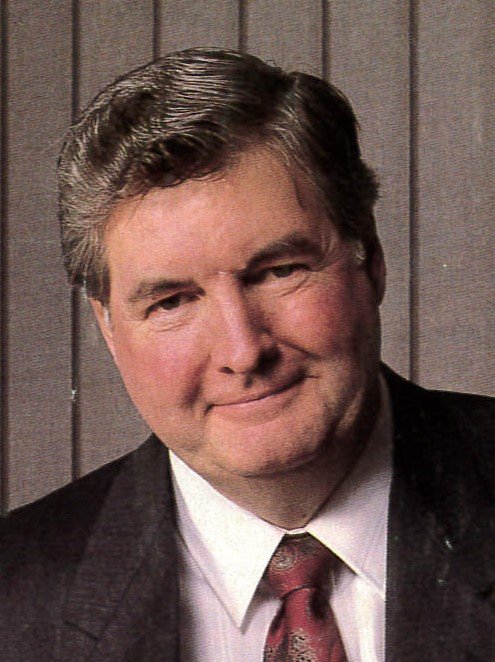 Passed away peacefully on December 20, 2018, in Hants Community Hospital, Windsor. Born in Admiral Rock, Hants County on June 15, 1940, he was a son of the late Thomas A. and Lyla Blanche (Turple) Dillman. He grew up and attended one-room schools in Admiral Rock and Rines Creek, graduated from Stewiacke High and completed studies from the Canadian Institute of Traffic and Transportation.

Elwood was a member of Avon United Church (Formerly St. James United Church) and served on the Official Board. He was general manager of the East Kings Winter Hawks Minor Hockey Team for many years and was an avid hunter and fisherman. He was a long-time member of Poyntz Lodge No. 44, A.F. & A.M. in Hantsport serving as Worshipful Master of the Lodge in 2005.

Elwood joined the staff of the Department of Highways, as it was then known, in 1957. Two years later he joined Canadian Pacific Railway (DAR) as District Manager. In 1968 he left the railway and moved his family to Hantsport to work with CKF Inc. as Transportation Manager. In 1985 he joined Scotia Investments Limited as Group Distribution and Group Environmental Coordinator and worked with the “Jodrey Family” until his retirement in 2005.

From 1968 to 1985 Elwood was a director of the Atlantic Provinces Transportation Commission and served as chairman for three years. In recognition of outstanding leadership with the Canadian Industrial Transportation League, at its annual dinner in Toronto, he was presented with the 1990 Distribution Executive of the Year Award for Canada. He was past chairman of the Canadian Manufacturers & Exporters Canada, past chairman of the Canadian Pulp & Paper Association and served on the Nova Scotia Workers’ Compensation Board from 1998 to 2005. He was the founding member and first chairman of the Nova Scotia Resource Recovery Fund Board that established a province-wide plan and operation for the management of solid waste in Nova Scotia.

Besides his parents, he was predeceased by a brother, Ivan, in infancy; his sister-in-law, Elizabeth Ann Griffiths and his son, Christopher Thomas Dillman, who lost a courageous battle with cancer in June of 2013.

Arrangements have been entrusted to DeMont Family Funeral Home & Cremation Service, 419 Albert St., Windsor (902-798-8317). A funeral service celebrating Elwood’s life will be held at 2 p.m. on Saturday, January 19, in Avon United Church, 17 Prince St., Hantsport, Rev. Beth Johnston officiating. A reception will follow in the church hall. Burial will be at a later date in Riverbank Cemetery, Hantsport. Family flowers only, by request. Donations in memory of Elwood may be made to Avon United Church, PO Box 414, Hantsport, NS B0P 1P0 or charity of one’s choice. Messages of condolence may be sent to the family by visiting: www.demontfamilyfuneralhome.ca

Interment At A Later Date

Share Your Memory of
Elwood
Upload Your Memory View All Memories
Be the first to upload a memory!
Share A Memory
Send Flowers