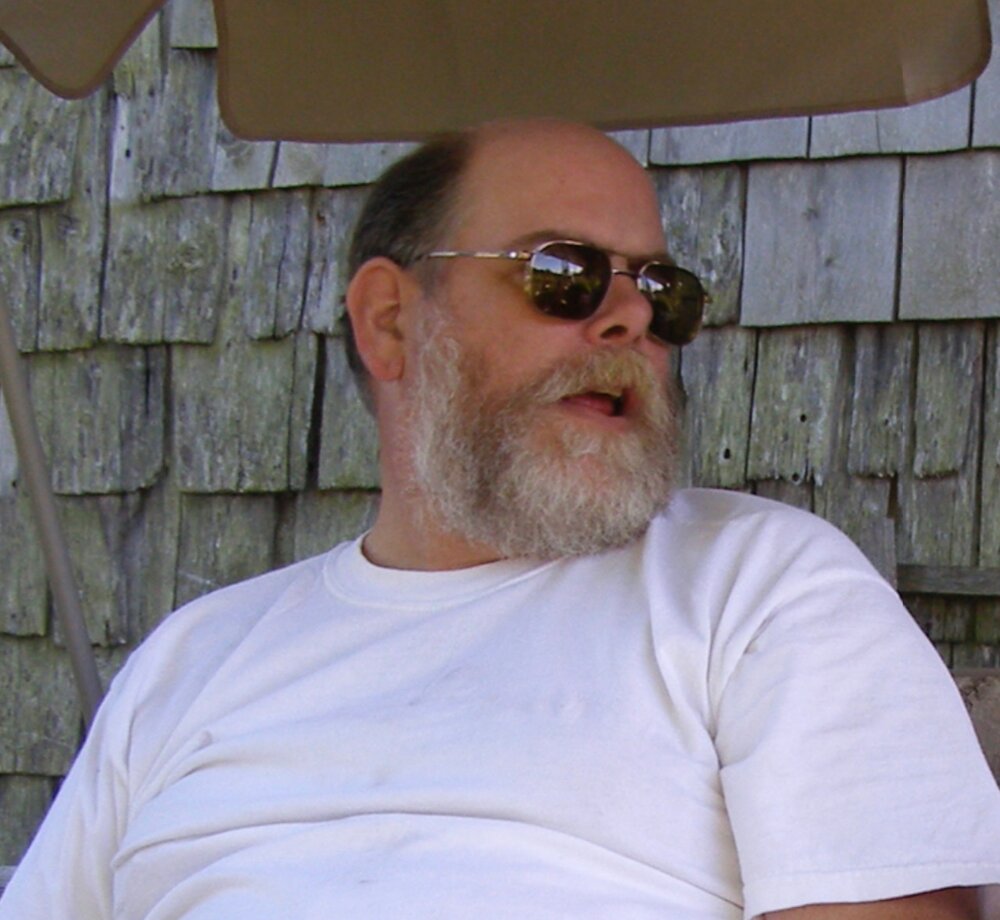 Please share a memory of William to include in a keepsake book for family and friends.
View Tribute Book

Of Windsor, passed away on Wednesday, December 21, 2022 in Hants Community Hospital, Windsor. Born in Framingham, MA on November 14, 1962, Bill was the first son of William B. Devitt Jr. and Linda Joyce (Philbrick) Devitt. At the age of nine, after his parent’s divorce, he moved to Chebogue Point, Nova Scotia with his mother and stepfather, Dan Campbell. He attended Arcadia Consolidated School and graduated from Yarmouth Consolidated High School in 1980.

Bill joined the Royal Canadian Sea Cadet Corps #92 Chebogue at age 13, in Yarmouth. He became Chief of the corps as a cadet and after leaving as a cadet, he returned as a Civilian Instructor. He then enlisted in Cadet Instructor League (C.I.L.), a branch of the Canadian Armed Forces Reserves. He attained the rank of Lt(N) and became the Training Officer for the corps.

Bill was also a musician. He joined the Yarmouth Consolidated Memorial High School Band in grade 11, choosing the trumpet and quickly progressed to the Senior Band. During High School, he also joined the Yarmouth Citizens Band and had the honour of playing the Last Post at several Remembrance Day Ceremonies in Yarmouth. Bill also became Director of Music at cadet camp in Cornwallis and later at Whitehorse, Yukon Territory. For this position he held the rank of Lt(N) in the reserve forces.

Bill held several jobs during his life, including working at Allwood Products in the lumberyard, as a night receptionist/auditor at Rodd Colony Harbour Inn and as a steward on one of the Marine Atlantic ferries. He attended NSCC Burridge Campus as an adult and attained certification as an electronics technician/engineer and subsequently was hired by Eastlink Communications doing upgrades to their fibre optic system from the Windsor office. It was while working for Eastlink in 2010 that he was badly injured on the job, effectively ending his working life.

Bill was predeceased by his stepmother, Rita Devitt and step-father, Dan Campbell.

Arrangements have been entrusted to DeMont Family Funeral Home & Cremation Service, 419 Albert St., Windsor (902-798-8317). Cremation has taken place. There will be no funeral by request. A memorial gathering will be held at a later date. Donations in memory of Bill may be made to the Canadian Cancer Society, 5826 South St., Halifax, NS B3H 1S6 or a charity of choice. Messages of condolence may be sent to the family by visiting: www.demontfamilyfuneralhome.ca

Share Your Memory of
William
Upload Your Memory View All Memories
Be the first to upload a memory!
Share A Memory