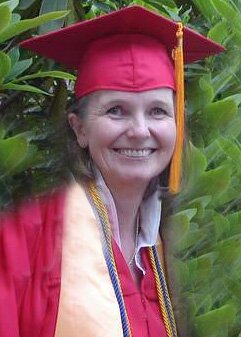 Please share a memory of Randi to include in a keepsake book for family and friends.
View Tribute Book

Much of Randi's early adult years was spent raising her six children. It wasn't until later in life when she met the love of her life, Gary Brault, and moved to Touttle, WA, to be with him. Randi and Gary enjoyed many activities together. Gary introduced her to golf, which she took to right away. He also introduced her to one of his favourite places, Coldwater Lake, which she still talked about until the week she passed. They travelled many places together, including Hawaii where they would be married on the beach. Randi and Gary later moved to Longview, WA, which would be the house of their dreams

Randi obtained her nursing degree from Lower Columbia College. Although this was later in her life, with the support of her husband, she would go on to have a successful and lengthy career and was well liked and respected wherever she worked.

Randi so enjoyed the west coast and talked about how nice it was any chance she could. She enjoyed when her children and grandchildren visited so she could show off all of the amazing scenery and landscapes that surrounded her.

A celebration of life for Randi was held September 21st, 2022 at the Lewis River Golf Course, Woodland, WA.

Messages of condolence may be sent to the family by visiting: www.demontfamilyfuneralhome.ca

Share Your Memory of
Randi
Upload Your Memory View All Memories
Be the first to upload a memory!
Share A Memory