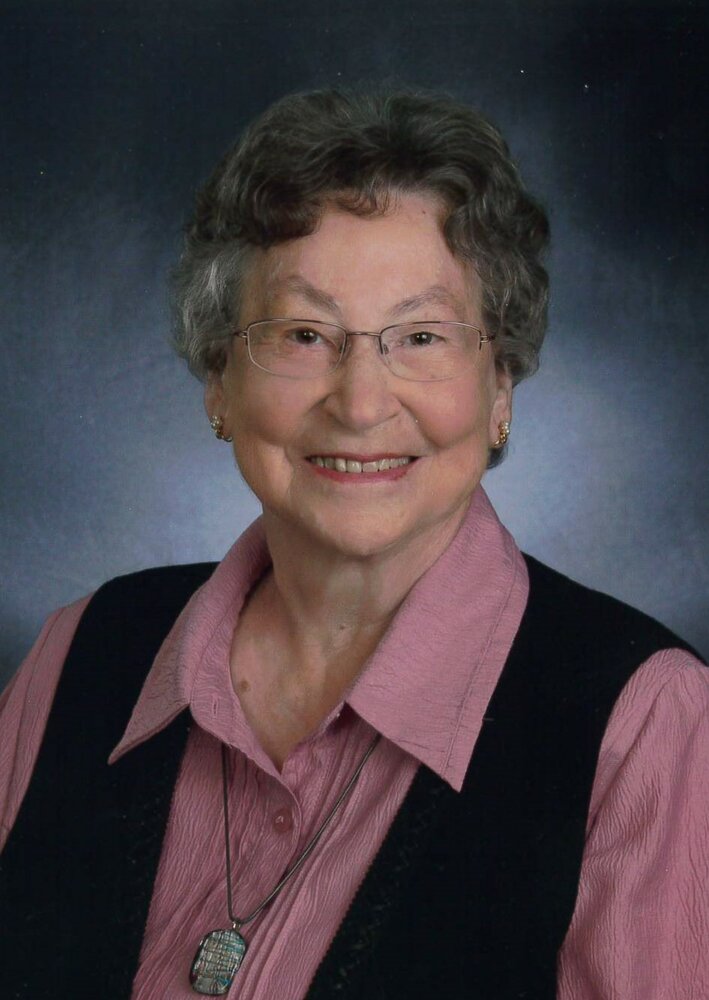 Please share a memory of Carol to include in a keepsake book for family and friends.
View Tribute Book

With much sadness, we announce the passing of Carol in her 92nd year.

Born to George William and Lulu Eliza (MacKenzie) Smith, she was raised from a young age by step-mom, Aunt Florence. She was the youngest of eleven children, growing up on the family farm on Gowland Mountain, Elgin, NB.

Carol put her faith in Christ as a teenager. After high school, she attended Acadia University where she met her future husband John, graduating with a BA (English) in 1952. She taught school in Petitcodiac, NB and after their marriage in August 1953, moved to Philadelphia, PA where she taught at The Stevens School for Girls while John completed his education at Eastern Baptist Theological Seminary.

They returned to the Maritimes in 1955 and over the next several decades served in ministry in several Baptist churches and communities throughout Nova Scotia and New Brunswick. With John she raised four children. Her children, grandchildren and great- grandchildren were her focus of love and joy. She was a proud champion of them all.

She was an active member and leader with Atlantic Baptist Women and the Home Missions Board of Atlantic Baptist Churches. She was a leader of children and youth as well as John’s great support in churches where they served. She loved music, nature, writing poetry and bird watching.

Besides her parents, she was predeceased by her siblings, Edna, Dorothy, Mary, George, Ken, Walter, Robert, Edwin, Harold and Winston. She is also survived by sisters-in-law, Alice Smith and Eileen Smith; many nephews and nieces.

Arrangements have been entrusted to DeMont Family Funeral Home & Cremation Service, 419 Albert St., Windsor (902-798-8317). A visitation will be held on Monday, July 11 from 2-4 p.m., in Windsor Baptist Church, 219 Payzant Dr., Windsor (masks are recommended). A private family burial will be held in Maplewood Cemetery on Tuesday. A public memorial service will take place at 2 p.m. on Tuesday, July 12 in Windsor Baptist Church with a reception to follow (masks are recommended). Donations in memory of Carol may be made to Windsor Baptist Church, PO Box 243, Windsor, NS B0N 2T0 or Canadian Baptist Ministries, 7185 Millcreek Dr, Mississauga, ON L5N 5R4. Messages of condolence may be sent to the family by visiting: www.demontfamilyfuneralhome.ca

Funeral Service Followed By A Reception

Share Your Memory of
Carol
Upload Your Memory View All Memories
Be the first to upload a memory!
Share A Memory
Send Flowers