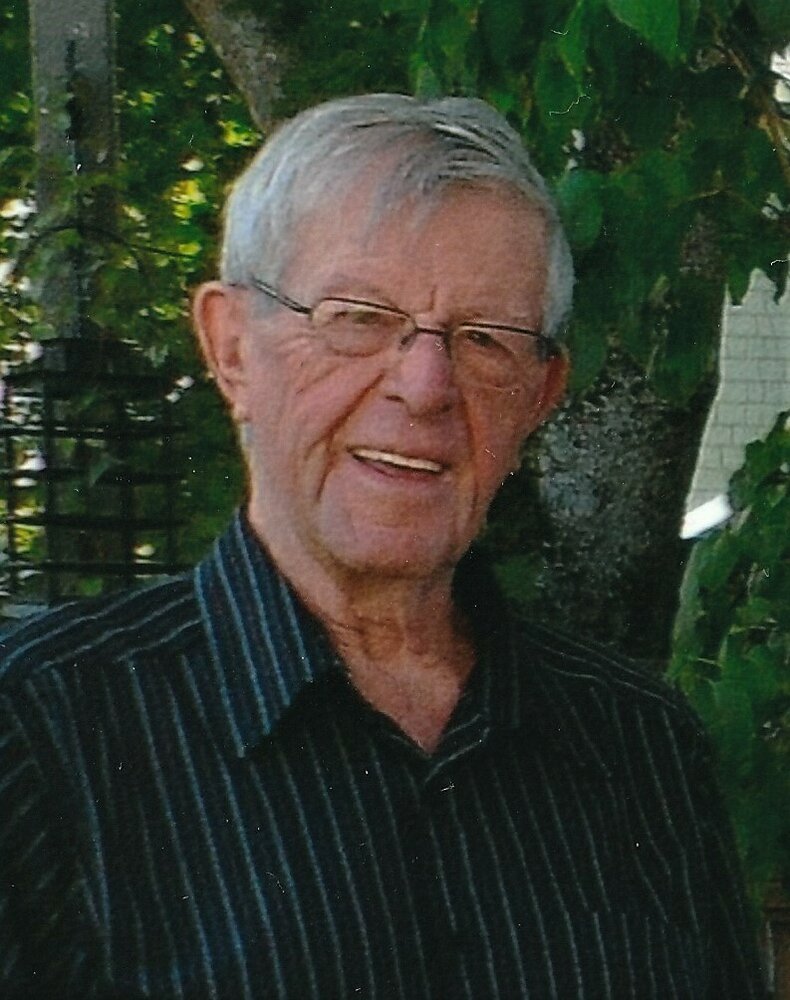 Please share a memory of Donald to include in a keepsake book for family and friends.
View Tribute Book
Passed away peacefully in hospital on Monday, January 31, 2022 at the age of 89. Donald “Don” was born in Poplar Grove, Hants County on July 8, 1932 to the late Robert and Alfreda (Stevens) Miller. Don spent all his growing up years in Poplar Grove and later working in Halifax before joining the Royal Canadian Air Force. In 1955 Don joined the Royal Canadian Air Force (RCAF) and married Margaret (Martin). They started their married life stationed in Moncton, New Brunswick, then were posted to RCAF 2 F Wing/Grostenquin in the Moselle region of France. This was an exciting posting for Don and Marg with their young family, spending every weekend and time off camping throughout Europe. Stationed back in Canada at CFB Greenwood, it was a perfect spot to be reunited with their families again. Posted to CFB Cold Lake, Alberta, Don and Marg adjusted to the cold, took up curling, and met lifelong friends. The last postings prior to retirement were to Ottawa, Cornwallis, Nova Scotia and then back to Ottawa to stay. At the start of his retirement years, Don and Marg built out a van and traveled the North American roads for 20 years. Don became an avid golfer, which also enabled him to meet another set of great friends. Don and Marg's love of family and of their Maritime roots inspired them to do yearly road trips down east and they would not leave until they saw everyone. They later moved to Carleton Place, Ontario and have lived these last three years at Stirling Park Residence in Ottawa, which they have very much enjoyed. Don is survived by his wife of 66 years, Margaret (Martin): children, Dale Miller (Jim); Bradley Miller (Barbara), Edmonton; Stephen Miller (Rachel), Seattle; grandchildren, David and Alex Miller, to whom he took a great interest in all they did. He is also survived by his siblings, Bernice Wile, Windsor; Joyce Trenaman, Betty Harnish (Bubby) and Joan Shea (Gordie), all of Halifax; sister-in-law, Sara, Windsor. Also, Don will be greatly missed by his many nieces and nephews on both sides of the Miller and Martin families, who all looked up to him. Besides his parents, Don was predeceased by his brother, Mike Downing. Don was a devoted husband, a loving father, and a lovely, kind man who always was smiling, laughed easily and was a friend to everyone he met. At his request Don’s ashes have been interred at the Beechwood Cemetery in Ottawa and also will be interred in the family cemetery in Brooklyn. There will be no visitation, by request. A funeral service celebrating Don’s life will be held at 11:00 a.m., Monday, July 4th, in the Newport United Church, 7800 Hwy 14, Brooklyn, Rev. Kevin Cox officiating (masks are encouraged). Immediately following the service, a private family only interment will take place in Riverview Haven Cemetery, followed by a reception in the church hall. In lieu of flowers, Donald would appreciate that donations in his memory be sent to the Riverview Haven Cemetery Association, C/O Anne Sheward, 8651 Highway 14, McKay Section, NS B0N 2A0, to help fund ongoing maintenance of the family cemetery or to a charity of your choice. Arrangements have been entrusted to DeMont Family Funeral Home & Cremation Service, 419 Albert St., Windsor (902-798-8317). Messages of condolence may be sent to the family by visiting: www.demontfamilyfuneralhome.ca
Monday
4
July