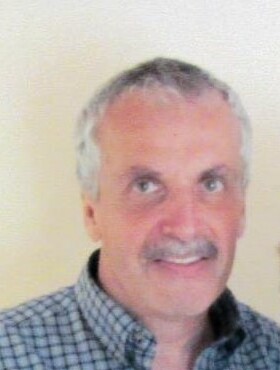 Please share a memory of Douglas to include in a keepsake book for family and friends.
View Tribute Book
It is with broken hearts that we announce the passing of our brother, Doug, of Mount Denson, on Saturday, May 28, 2022 in the VG Site, QEII Health Sciences Centre, Halifax. Born on September 19, 1959, in Windsor, he was a son of the late Frank and Barbara “Barb” (Peach) Goldsmith. Doug worked at Minas Basin Pulp and Power for 32 years until they shut down and he finished his working career at Acadia University. Always being community minded, he belonged to various service groups over the years. He was a “Big Brother”, he was a Lion’s Club member and most recently, he belonged to the Windsor Legion. He was also a lifelong blood donor. His service did not stop there, he helped anyone who asked. He could often be found helping a friend pile wood, shovel snow or mowing a neighbor’s lawn. He is survived by sisters, Diana (Bradford) Hall, Mount Denson and Lisa Starratt, Chester Basin; niece, Amber Starratt, Chester; nephew, Evan Starratt, Halifax; great niece, Lily and great nephew, Seth. Doug’s greatest love was his family and friends. We would like to thank Darren and Bonnie for their tireless devotion to him, staying by his side as he neared the end of his journey. We would like to thank Dr. Ednie and his team for all the care and compassion they gave to Doug and to our family. Thank you to Dr. Hollenhorst and his team for trying his best to give Doug just a little more time with us. Thank you to Dr. Hewitt and the palliative care team for everything they did to provide comfort and care. To all the wonderful nurses on 5B and 6B at the VG who cared for Doug and us, thank you. As Doug has started a new journey, we take comfort in knowing that someday, in heaven, our family will be reunited and our hearts will be whole again. Arrangements have been entrusted to DeMont Family Funeral Home & Cremation Service, 419 Albert St., Windsor (902-798-8317). There will be no visitation or funeral service by request. A private burial will be held in Mount Denson Community Cemetery. A public reception will be held in the lower level of the Royal Canadian Legion, Hants Co. Branch 009, 35 Empire Lane, Windsor, on Friday, June 3 from 1-3 p.m., masks are encouraged. Donations in Doug’s memory may be made to QEII Foundation, 5657 Spring Garden Rd Suite 3005, Halifax, NS B3J 3R4 or to Royal Canadian Legion, Hants Co. Branch 009, PO Box 28, Windsor, NS B0N 2T0. Messages of condolence may be sent to the family by visiting: www.demontfamilyfuneralhome.ca
Friday
3
June

Share Your Memory of
Douglas
Upload Your Memory View All Memories
Be the first to upload a memory!
Share A Memory
Send Flowers