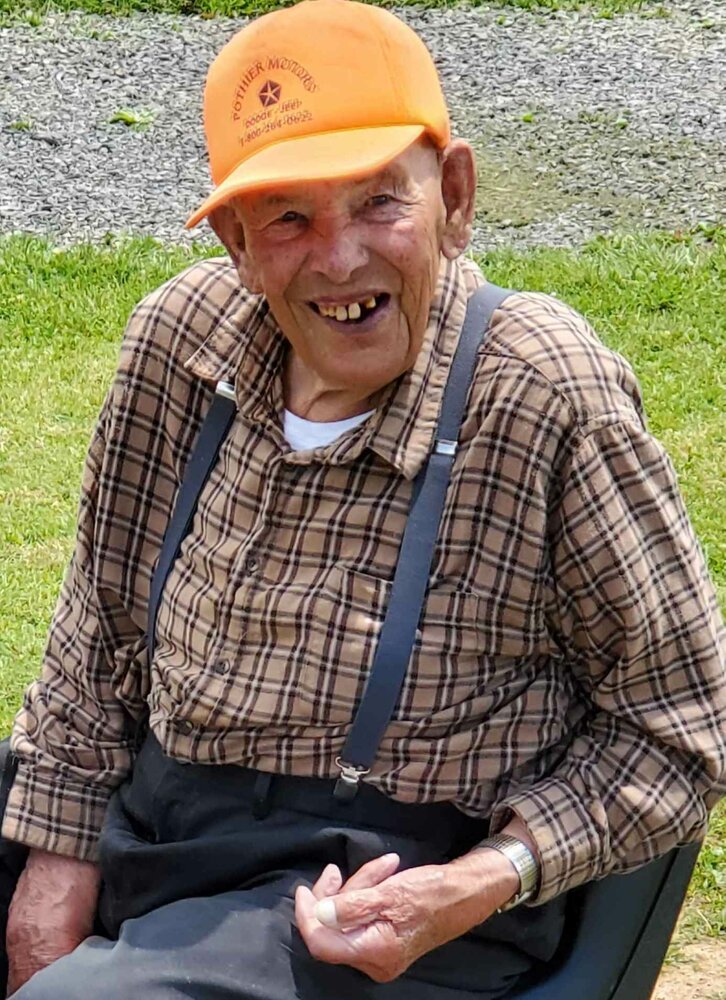 Please share a memory of Gerald to include in a keepsake book for family and friends.
View Tribute Book
It is with saddened hearts that the family of Bob had to say goodbye to him on Monday, May 2, 2022, at home, where he wanted to be, in Wile Settlement, after a long battle with various medical conditions. Born in Windsor on May 18, 1934 he was a son of the late Thomas and Gladys (Parker) Swinamer. Bob’s passion was working in the woods where he started at a very young age. He worked for George Armstrong’s Mill for many years. He enjoyed helping Wes Mason deliver apples to the stores across Nova Scotia, whenever Wes needed him to. Bob finally went to work at Fundy Gypsum Co. where he stayed until his retirement. Over the years, Bob spent time working in the woods on his property in Wile Settlement, taking along his nephews and anyone else that wanted to tag along. Bob had many friends; you really couldn’t go anywhere with him that he didn’t know somebody and have a chat. He leaves behind lots of family and loved ones that will miss him dearly. He is survived by his brother, Victor “Bun” (Margaret) Swinamer, Three Mile Plains; nephews, Brian (Connie), Ellershouse and Donnie (Wendy), Wile Settlement; nieces, Janet Ettinger, Alberta; Melda (George) Swinamer, Alberta; Connie (Mike) Trider, Three Mile Plains; special nephew, Nick (Sheila) Swinamer, Three Mile Plains; special niece, Edie Lantz, Three Mile Plains; niece-in-law, Sandra, Wile Settlement. Bob leaves behind a very dear family, Steve Church, Vaughan and his children, that thought of Bob as a surrogate grandfather, Troy (Kayla), Blair (Makayla) and Emily (Thomas). Besides his parents, Bob was predeceased by brothers, Laurie, Floyd and Leslie “King”; sisters, Ruby, Isabel, Norma, Geraldine “Doll”, Cecilia “Honey” and Caroline; nephew, Terry; nephew-in-law, Jeffery Ettinger. Arrangements have been entrusted to DeMont Family Funeral Home & Cremation Service, 419 Albert St., Windsor (902-798-8317). At Bob’s request there will be no service but a drop in Celebration of Life will be held on Saturday, May 21, 2022 from 2-4 p.m. in the South West Hants Fire Station, 1870 Chester Rd., Vaughan. Donations in memory of Bob may be made to 9-Lives Cat Rescue, PO Box 125, Falmouth, NS B0P 1L0 or a charity of one’s choice. Messages of condolence may be sent to the family by visiting: www.demontfamilyfuneralhome.ca
Saturday
21
May

Drop In Celebration of Life

Share Your Memory of
Gerald
Upload Your Memory View All Memories
Be the first to upload a memory!
Share A Memory
Send Flowers