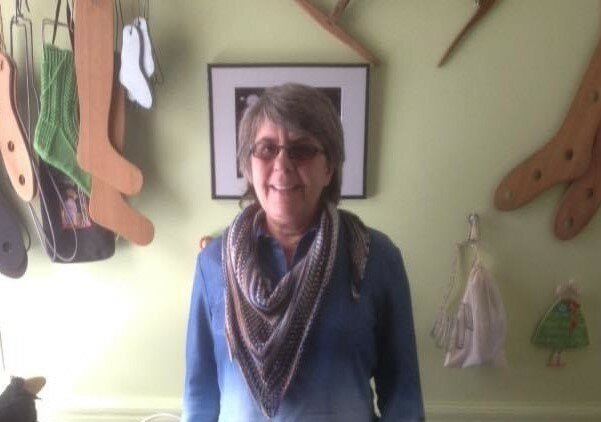 Please share a memory of Crystal to include in a keepsake book for family and friends.
View Tribute Book
Age 64, of Windsor, passed away Saturday, April 30, 2022 in Hants Community Hospital, Windsor, after a six-year battle with cancer. Born in Windsor on February 9, 1958, she was the daughter of the late Wayne and Sylvia (Ettinger) Kehoe. Crystal is survived by her husband of 44 years, Richard and by her daughter, Alicia; brothers, Wayne, Kevin, Russell and Greg Kehoe. Crystal graduated from Windsor Regional High School and after several years working at Down East Restaurant in Garlands Crossing, married Richard and became a stay-at-home mom to Alicia. Always a lover of math she enrolled in the Community College Accounting Diploma Program which she completed in 1993 with the award of best all round student. When Richard joined the Windsor Fire Department in 1991 Crystal joined the WFD Auxiliary and helped with many fund-raising activities. In 2005, Crystal joined the WFD Executive as Treasurer of the department assisting Chief Fred Fox with managing the rural, town and general accounts. After Chief Fox passed away, Crystal continued on the executive with Chief Scott Burgess during one of the most difficult periods of the department where accounting and documentation were extremely crucial to the ongoing negotiations with West Hants Municipality. Upon Chief Burgess retirement, Crystal continued to serve with Chief Jamie Juteau until her cancer made it unbearable to continue. She served WFD 16 years as treasurer. During her time with WFD she also helped organize the annual banquets and assisted with lunches for training. She was also a contributor to the design of the new meeting rooms downstairs. She enjoyed hanging out with the fire fighters over coffee listening to the banter and tales of fire fighting. Crystal was an avid knitter and rug hooker. Her many sweaters, socks and baby sweaters were much appreciated. She created several rug hook masterpieces that are admired by all who have seen them. She enjoyed her Friday get togethers with ladies of the Fibre Ops Club at the Windsor Library. She was a terrific cook and a fussy decorator. Crystal was a loyal and loving wife and looked out for the home and family while Richard was away at sea. She was always there for Alicia during her school years making sure she was supported in things her daughter was interested in. Arrangements for cremation have been entrusted to DeMont Family Funeral Home & Cremation Service, 419 Albert St., Windsor (902-798-8317), where a service celebrating Crystal’s life will be held 2 p.m. Friday, May 6, WFD Chaplain Rev. Bill Gibson officiating. There will be a time to greet the family following the service. Masks are encouraged. Interment will be held at a later date in Maplewood Cemetery, Windsor. Family flowers only, by request. Donations in memory of Crystal may be made to Windsor Fire Department, PO Box 627, Windsor, NS B0N 2T0 or The Hants Community Hospital-Palliative Care Unit, 89 Payzant Drive, Windsor, NS B0N 2T0. Messages of condolence may be sent to the family by visiting: www.demontfamilyfuneralhome.ca
Friday
6
May

Share Your Memory of
Crystal
Upload Your Memory View All Memories
Be the first to upload a memory!
Share A Memory
Send Flowers