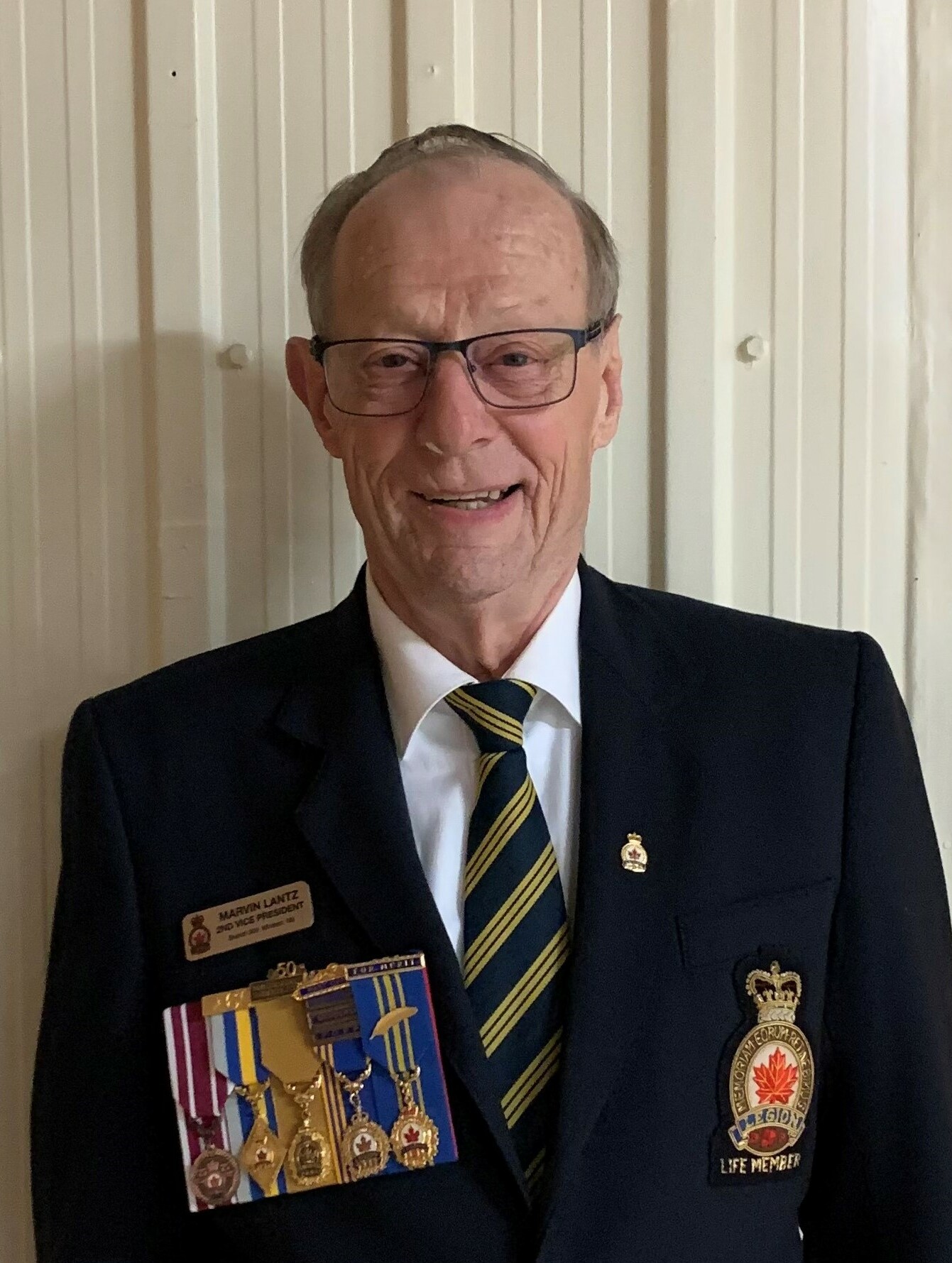 Please share a memory of Marvin to include in a keepsake book for family and friends.
View Tribute Book
Age 74, of Windsor, passed away peacefully, Wednesday, January 19, 2022 in the Halifax Infirmary, QEII Site, Halifax. Born in Windsor on April 9, 1947 he was a son of the late Orland and Madge (Lake) Lantz. To capture all that Marvin was and did in a few words is not an easy task. Although many may not know it, he was involved in many things over his lifetime. Marvin was a real entrepreneur, he had various jobs from a very short time spent in the Navy to owning a restaurant, a garage, a fish and chip truck, being a truck driver, selling produce and eventually holding down his dream job, of building manager at the Royal Canadian Legion, Hants Co. Branch 009 in Windsor. Marvin put in many long hard hours at the legion working and volunteering in many capacities for over 50 years. His hard work and dedication raised thousands and thousands of dollars for the organization. From working on the poppy campaign, to helping with rental events, to Bingo, to Chase the Ace, to breakfasts, you name it he was always there to help and lend a hand in any way possible. His hard work was recognized in the many awards that he was presented including the Palm to the MSM that he received, which is the highest award achieved by a legion member and in 2020 he was awarded the “Legionnaire of the Year” award. Besides his dedication to the Legion, he was very involved in Men’s Fastpitch in the area and in 2007 he was inducted into the Nova Scotia Sports Hall of Fame as a Builder for his work with the local Fastpitch league. Marvin was the Chairmen for the Canadian Senior Men’s National Fastpitch Championship in 1998 and the Assistant Chair of the 2000 Midget Boys and 2004 Senior Men’s Fastpitch Nationals that were hosted in St. Croix. Marvin was also a past board member for Big Brothers and Big Sisters, he received a “Volunteer of the Year” award in 1999 from the Town of Windsor and the Municipality of West Hants. He was always around and willing to help in any way possible, anywhere he could. Marvin loved to walk and was very proud of his grandchildren and loved watching the boys play hockey and baseball. Marvin is survived by sons, Kevin (Wanda), Falmouth; Jeff and Andy (Shyryll), all of Alberta; grandchildren, Kayne, Brody and Gianna; sisters, Barb (Bernard) Ainslie, Falmouth; Wanda MacArthur, Three Mile Plains; several nieces, nephews, cousins and many friends. Besides his parents, he was predeceased by his first wife, Jeanne (Seary) and second wife, Emma (Lohnes)(Botten); sisters, Bernice Owens, Myrna Spencer, Mary Wile and Katherine Lantz; brother, James; nephew, Michael MacArthur. Arrangements have been entrusted to DeMont Family Funeral Home & Cremation Service, 419 Albert St., Windsor (902-798-8317). A public Memorial Service and Legion Tribute Service, followed by a reception will be held in the Royal Canadian Legion, Hants Co. Branch 009, 35 Empire Lane, Windsor, on Saturday, April 23 at 2 p.m. (masks are encouraged). Donations in memory of Marvin may be made to the Royal Canadian Legion, Hants Co. Branch 009, PO Box 28, Windsor, NS B0N 2T0 or a charity of one’s choice. Messages of condolence may be sent to the family by visiting: www.demontfamilyfuneralhome.ca
Saturday
23
April

Share Your Memory of
Marvin
Upload Your Memory View All Memories
Be the first to upload a memory!
Share A Memory
Send Flowers