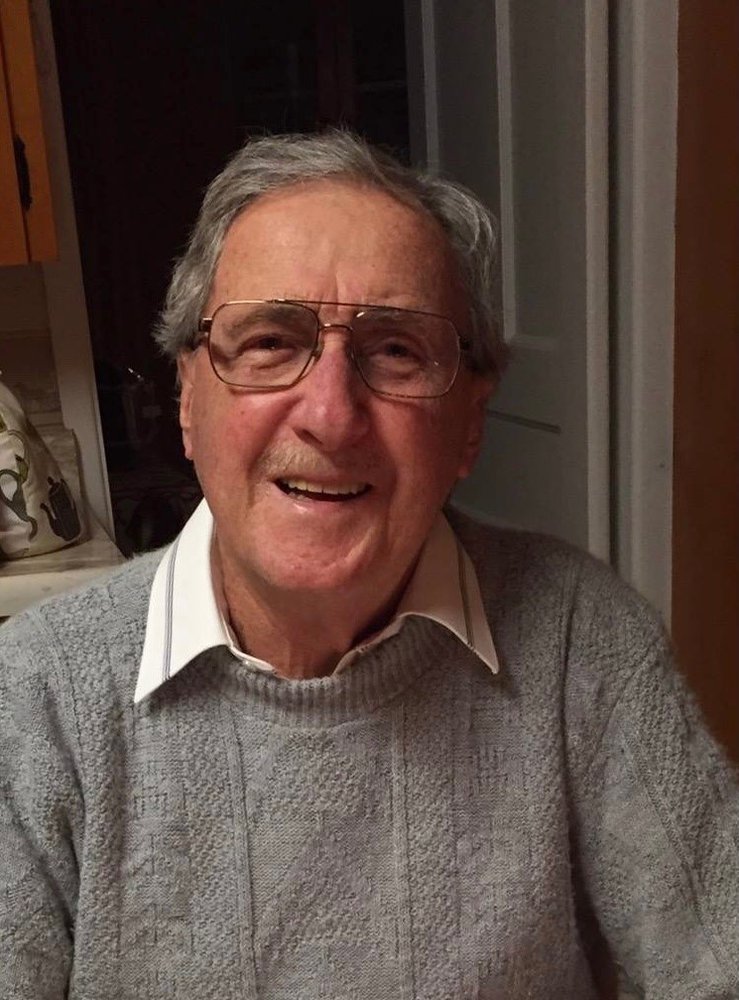 Please share a memory of Ned to include in a keepsake book for family and friends.
View Tribute Book
It is with heavy hearts that we announce the passing of Dr. Anthony Edward “Ned” Lyons on Friday, May 28, 2021, peacefully at his home in Windsor at the age of 97. Born in Montreal, Quebec, he was a son of the late Francis O’Brien and Eugenie (Thibodeau) Lyons. Moving to Shediac, NB at an early age, he attended St. Joseph Parish School, graduated from Shediac High School and soon after joined the Army. Going overseas with the Royal Canadian Artillery on the troopship “Andes”, Ned served as a Gunner with 107 Battery 8th Field Regiment Royal Canadian Artillery. After he returned from overseas, he attended St FX University, obtained an Optometry Degree from the University of Toronto and a Doctor of Optometry from the University of Waterloo. Ned set up an Optometry practice in Moncton, NB, where he fell in love and married his sweetheart Audrey (MacLellan). Relocating to Windsor, NS in 1955, he conducted a very successful practice serving the generous and good people of Hants County for 40 yrs. He was past President of the Nova Scotia Association of Optometrists and a member of the Canadian Association of Optometrists; Past President Hants Co. Branch #9 Royal Canadian Legion. Past President and former member of the Windsor Curling Club and Avon Valley Golf and Country Club. Past Chairman and member of the Windsor Elementary School Board and Town of Windsor Housing Authority; A Third-Degree Knights of Columbus; member of the Windsor Gyro Club and St. John’s Catholic Church. Ned loved family time and enjoyed travelling, golfing, curling, socializing and relaxing at the family cottage on Coxcomb Lake. Ned’s nature was kind and gentle and always treated people with dignity and respect. A lover of gardens, birds and animals, he also enjoyed the companionship of many faithful dogs, ending with his beloved “Heidi”. He had a wonderful sense of humor and enjoyed his daily Irish Whiskey at happy hour. Ned is sadly missed by his daughter, Marilyn (Joe) of Florida; grandchildren, Christopher and Beth; son, Michael of Toronto; grandchildren Johnathon and Meagan; son, Robert (Cathy) of Tantallon; grandchildren, Scott, Bradford and Michelle; son, Paul (Sue) of Windsor; grandchildren; Sarah, Matthew, Devon and Carol Lee; daughter, Nancy (Margaret) of Wolfe Island, Ontario; sister in-law, Alberta MacLellan and family of Moncton. Besides his parents, he was predeceased by his wife Audrey of 50 years and brother John. We would like to thank his wonderful care team for the support they provided in enabling him to stay in his home, as per his wishes. Arrangements have been entrusted to DeMont Family Funeral Home & Cremation Service, 419 Albert Street, Windsor (902-798-8317). Funeral Mass, with limited seating in keeping with COVID-19 guidelines, will be held 11 a.m., Friday, September 10 in St. John the Evangelist Catholic Church, 339 King St., Windsor, Rev. Father Keith Billard officiating. A private family burial will follow in Maplewood Cemetery. An Open House meet and greet with the family will be held at the Windsor Curling Club, 174 Gray St., Windsor, from 12:30-3 p.m., COVID-19 guidelines must be followed in keeping with limited numbers allowed at one time. If you can’t make it to the church please feel free to meet with the family at the Curling Club. In lieu of flowers, donations in memory of Ned may be made to your local food bank, Hope for Wildlife or charity of choice. Messages of condolence may be sent to the family by visiting: www.demontfamilyfuneralhome.ca
Friday
10
September

Drop In Meet And Greet With The Family

Share Your Memory of
Ned
Upload Your Memory View All Memories
Be the first to upload a memory!
Share A Memory
Send Flowers