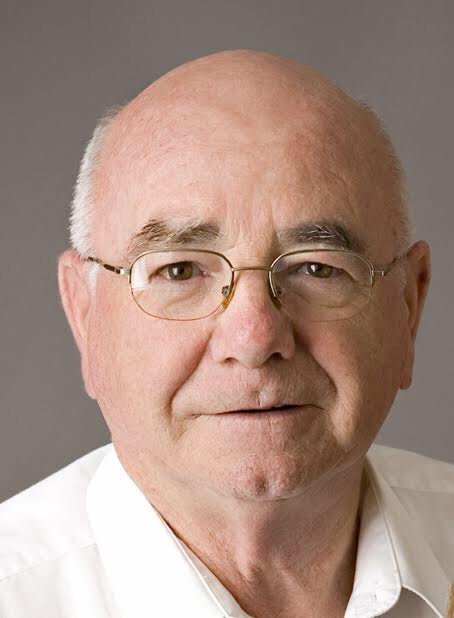 Please share a memory of Ronald to include in a keepsake book for family and friends.
View Tribute Book
Age 82, of Falmouth, passed away on October 14, 2020, with his family by his side after a brief illness. He was born in Fredericton, New Brunswick, to the late Morris and Bridget (Turgeon) Hazlett, on September 12, 1938. He married the love of his life in the spring of 1955 and together they created a life many could only dream of. They filled their home with love and laughter, with family and with friends. They knew what was important in this life and they lived it every day. Left to carry on their legacy are his loving wife, Margaret (Price); his children, Ron (Wanda) Hazlett, Cindy (Clarence) Barker, Heather Haley (Bruce Harnish), Tami Hazlett (Paul Hare); and son-in-law, Mark Beckwith. He was so proud of his family and they meant so much to him. His grandchildren - Sherry, Teresa, Bradley, Melissa, Michelle, Tara, Jennifer, Amy, Shawn, Matthew, Lindsey and Carter - held a special place in his heart. His great-grandchildren (Tyler, Emma, Ally, Dawson, Aidan, Owen, Enya, Brayden, Cooper and George), his brother, Dave, and his dear friend, Michael MacKillop, enriched his life and he was always grateful for them. He has been received into the loving arms of his daughter, Debbie Beckwith; his son-in-law, Michael Haley; and his partner-in-crime, Kathleen MacKillop; as well as his family and friends that have gone before him. He worked as an electrician for many of his younger years, and had his own electrical company. In 1980, he and Margaret left Hantsport for New Minas and a career in real estate. He was incredibly good at working with people, and he won many awards along the way. His real estate career spanned twenty-five years and he loved every minute of it. He was a maker and his creativity and ability knew no bounds. We rock in the chairs he built, we live in the homes he helped create and we wear the jewelry he lovingly turned for us. He was at home in his workshop and took so much pride in his art. Music was in his soul and it ran through his veins. He could play anything, and was always humming a tune and doing a dance. He made space in his workshop to craft instruments - fiddles and a guitar, which he played for years. His enthusiasm for music was one of his greatest gifts and he shared that gift with so many. He had a passion for aviation and was a pilot for many years. He navigated flights up and down the Annapolis Valley, throughout Atlantic Canada, to Oshkosh and down the eastern seaboard to Florida. He built his own plane in the 1970s - a KR-1, which he named the Tammy Gwen. His love for flying spanned four decades and he was always at home in the pilot’s seat. His life touched that of so many. He may have sold you your first home, or maybe he jammed and sang songs with you. You may know him from years of living in Hantsport or New Minas or Falmouth. You may have something he crafted or maybe he took you on a sight-seeing flight over the Valley. Maybe he was a colleague or a friend. We don’t have to look far to see how his life has impacted this world, and in that he will live on forever. We know what we lost, but more importantly we know what we had. Our lives are better because he was a part of them. Eighty-two years is a long time, but doesn’t feel nearly long enough when you have to say goodbye. Instead, we will say “goodbye for now”, knowing he will be forever in our hearts and that we will all be together again. Arrangements have been entrusted to DeMont Family Funeral Home & Cremation Service, 419 Albert Street, Windsor (902-798-8317). A graveside funeral service will be held 11 a.m. Saturday, October 24 in Maplewood Cemetery, 1186 King St., Windsor, Rev. Bill Gibson officiating. COVID-19 physical distancing guidelines must be followed. It is recommended that you wear a mask and if needed, please bring your own lawn chair and umbrella. In lieu of flowers, donations in memory of Ron may be made to the Heart and Stroke Foundation of NS, Park Lane Mall, Level 3, 5657 Spring Garden Rd., Box 245, Halifax, NS B3J 3R4. Messages of condolence may be sent to the family by visiting: www.demontfamilyfuneralhome.ca
Saturday
24
October

Share Your Memory of
Ronald
Upload Your Memory View All Memories
Be the first to upload a memory!
Share A Memory
Send Flowers