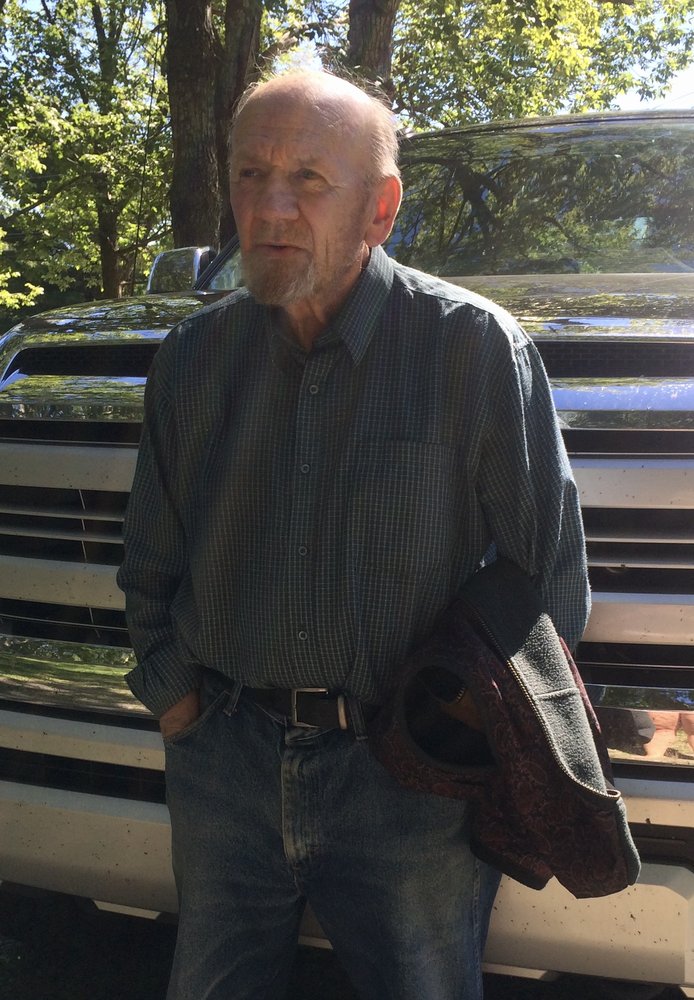 Age 82, of Lower Burlington, passed away peacefully with his three daughters by his side on August 28, 2019. Born in Clarksville on April 23, 1937, he was the youngest child of the late John and Hattie (O’Leary) Saunders. He was also predeceased by his siblings, Ruth, Laurie, Freeman, Herbie and Chesley; but is survived by his oldest sibling and dear sister, Melba Harvie. He is also survived by his daughters, Karen Saunders Brison, Nancy Saunders (Ernie Brennan) and Angela Saunders (Stephen Gass). He was a carpenter, contractor, beekeeper, artist, car racer, nature lover and musician. His greatest role, however, was proud Papa to his five grandchildren, Kara Brison, Enfield; Ben and Garret Brennan, Ketch Harbor; Stevie Gass, Grand Prairie, Alberta; and Jean-eva Gass, Hammonds Plains. During his life he had incredible determination and despite serious health issues he remained resilient, living independently in his home until the day he passed just as he planned. Thank you to his friends and family who supported him in fulfilling that plan. We would like to extend a special thank you to his wonderful neighbors, especially Earl and Ada Burgess and Roger Tucker. Their deeds have gone above and beyond being neighborly! We are forever grateful for the care provided by Doctors Judith Kazimirski and Benjamin Heisler, the staff of the Hants Shore Health Centre, Hants Community Hospital and Summerville Fire Department volunteers. In lieu of flowers, memorial donations may be made to the fire department or health clinic. We hope friends and family are able to drop by the log cabin on Monday, October 21 from 11:00 a.m. -2:00 p.m. to help us celebrate his life. We would love for you to share your stories with us if you’ve been on an adventure, worked on a project or helped solve a mystery with our Dad/Papa! Arrangements have been entrusted to DeMont Family Funeral Home & Cremation Service, 419 Albert St., Windsor (902-798-8317). Messages of condolence may be sent to the family by visiting: www.demontfamilyfuneralhome.ca

Share Your Memory of
Paul
Upload Your Memory View All Memories
Be the first to upload a memory!