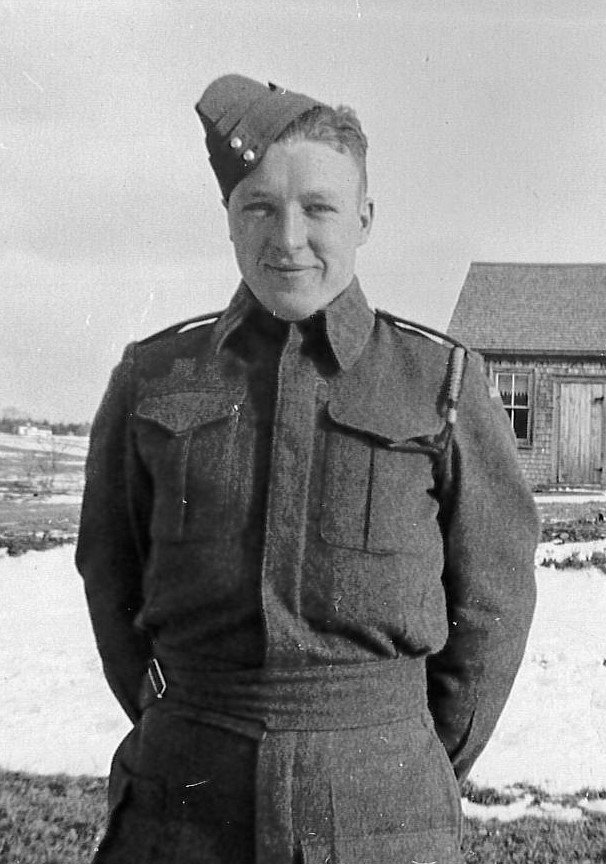 Age 97, Hants Border, passed away July 7, 2019 in Hants Community Hospital, Windsor. A son of the late Robert and Frances (McCulloch) Page and was born and grew up in Centre Rawdon.

Victor worked in farming and at a sawmill. He was a veteran of the Second World War, serving three years overseas. He was with the army at the liberation of Holland, coming home in 1946. Victor worked at McClare’s Sawmill, before moving to Hants Border in 1955. Later he worked as a mechanic and 21 years at CKF Inc in Hantsport, where he retired in 1986. He enjoyed travelling, camping, bowling and golf. Married to his wife Dorothy in 1946 and they celebrated their 72 anniversary in 2018.

The family would sincerely like to thank Dr. Judy Price and Dr. Cathryn Smith, and nurses at Hants Community Hospital for their wonderful care Victor received on his many visits over the past several years.

Arrangements have been entrusted to DeMont Family Funeral Home & Cremation Service, 419 Albert St., Windsor (902-798-8317). As per Victor’s wishes, cremation has taken place and there will be no visitation or service. Donations in memory of Victor may be made to a charity of one’s choice. Messages of condolence may be sent to the family by visiting: www.demontfamilyfuneralhome.ca

Share Your Memory of
Victor
Upload Your Memory View All Memories
Be the first to upload a memory!