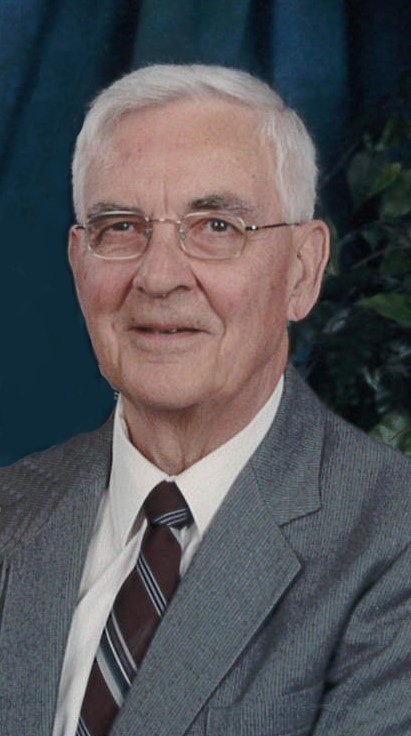 It is with great sadness that we announce the passing of Daniel on Tuesday, January 15, 2019, in Dykeland Lodge, Windsor, at the age of 89. Born on May 8, 1929, in Toledo, Ohio, he was a son of the late Ralph Roland and Grace Ethel (Hosken) Spicer.

Dan joined the Canadian Navy in 1948 and served for 33 years. He enjoyed bowling, curling, darts, crib and volunteering his time to organizations like the Legion and RCMP. He will be fondly remembered, by all who knew him, for his booming laugh.

He is survived by his wife of 35 years, Barbara (Wright); son, Paul; step-daughters, Marina, Kim and Deanna; several grandchildren and great-grandchildren; sister, Linda and brother, Roland.

Besides his parents, Dan was predeceased by his first wife, Marie; grandson, Kiel Mosher and nephew, Jeffrey Spicer.

The family would like to extend their gratitude to the staff of Dykeland Lodge for their great care.

Arrangements have been entrusted to DeMont Family Funeral Home & Cremation Service, 419 Albert Street, Windsor (902-798-8317), where a funeral service celebrating Daniel’s life will be held, on his 90th birthday, Wednesday, May 8 at 2:00 p.m. in DeMont Family Funeral Home Chapel, followed immediately by a reception in the funeral home’s Elmcroft Reception Centre. Donations in memory of Dan may be made to the Alzheimer’s Society of Nova Scotia, 2719 Gladstone St, Halifax, NS B3K 0A4. Messages of condolence may be sent to the family by visiting: www.demontfamilyfuneralhome.ca

Share Your Memory of
Daniel
Upload Your Memory View All Memories
Be the first to upload a memory!
Share A Memory
Send Flowers