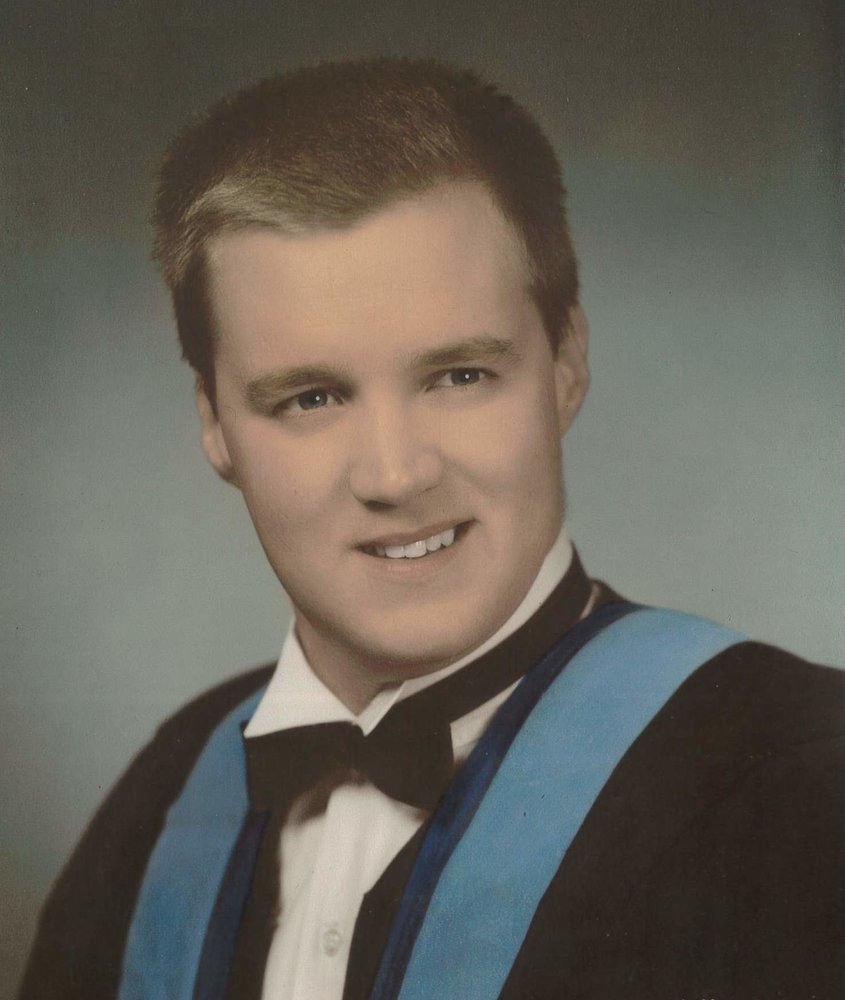 Age 73. Harold died courageously and quietly of cancer, at home, in the company of his wife of more than 50 years, Frances on December 5, 2018.

Harold was born and grew up in Sydney, the eldest child of the late Harold Thomas Crawley and Alice (McKenna) Crawley.

He graduated from Sydney Academy-Class of 1963 and then attended St. Francis Xavier University, graduating in Science in 1967 and in Education in 1968. There he met and subsequently married Frances McGoey.

To help finance his post secondary education, Harold had many summer jobs in high school and university including working in the Sydney Steel Plant for a few summers. These experiences gave him a wide practical knowledge which was increased by his interest in Physics and Electronics.

In the fall of 1968, Harold began teaching at St. Patrick's High School: Mathematics and subsequently Physics, Electronics and Science. In 1987, Harold transferred to QE High School as Head of the Science Department. Harold enjoyed teaching and was so pleased to see students set goals for themselves and achieve them. Harold retired from teaching in 1997.

Harold remembered fondly the friendships he made with his fellow teachers especially the year 1975, when many of them built homes in Lower Sackville for their families. Whenever heavy work on a home was required (like raising walls or placing roof rafters), the individual builder would find that a whole group of his colleagues would arrive to help.

Harold had many interests and hobbies including wood working, stained glass and fused glass working, gardening, bird watching and feeding, antique tool repair and collecting. His favourite was wood working and he made many pieces of furniture for family members and toys for grandchildren. His grandsons spent many happy times in Grandpa's workshop.

Harold is survived by his wife, Frances and his children; Harold Paul Crawley, Michael Crawley (Suzanne), Michele Bowes, and Adelle Watt (Kirk): his grandchildren, Benjamin, Liam, Finnegan, Jack, and Luke Bowes and by Adrian Harold and Carly Watt. He is also survived by all of his siblings, including, Patricia Gillis (Gordon), Theresa Dubois (Hugh), Katherine Hanley (John) and William Crawley (Connie) and by many nieces and nephews. Harold was predeceased by his parents.

Harold was a very kind person and his love, family care and support enabled his wife, Frances to complete Medical School and a residency in General Surgery. When a family member asked him for help or advice, his answer was always “I'll do my best” and he did. He was the go-to-guy, a man for all seasons. He was the centre of his family and all loved him dearly. His loss is heartbreaking.

Harold's favourite charities were Feed Nova Scotia (with a special mention for Cape Breton), Salvation Army, and the War Amps..

When ending a phone conversation, Harold would usually say “Bye for now”.

Since early childhood, Harold has been a devout and faithful Catholic. His family share his Christian belief and therefore must say with profound sadness, “Bye for now, Harold”.

Cremation has taken place. No flowers by request.

Friends will be welcomed to stop by DeMont Family Funeral Home, 419 Albert St., Windsor, for a brief visit, between 2 and 4 p.m. on Friday, December 14. Funeral Mass will be said in St. John the Evangelist Church, 339 King St., Windsor on Saturday, December 15 at 11:00 a.m. Messages of condolence may be sent to the family by visiting: www.demontfamilyfuneralhome.ca

Share Your Memory of
Harold
Upload Your Memory View All Memories
Be the first to upload a memory!
Share A Memory
Send Flowers