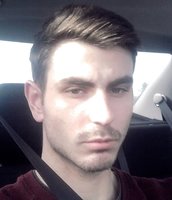 We are completely devastated to have to announce that our beautiful son, Devin has passed away as the result of a motor vehicle accident on Tuesday, June 1, 2021, at the age of 22. Born on August 23, 1998 he was the son of Paula Spence and Peter Hashem. Devin worked at a variety of jobs and was still searching for his true path in life, afterall he was only 22. For this reason, we have chosen to pass on some of the feedback we have received from the people he worked with and for. We have been told he was a fantastic worker, a quick study and a self-starter, no need to micro manage Devin. He excelled at anything he set his mind to and was a pleasure to work with. Devin enjoyed runs on his ATV, watching documentaries and movies. He was an avid reader and his interests were varied, from Harry Potter to quantum physics. He enjoyed good food and getting together with family and friends. He cared deeply about the people in his life. If you needed him he would support you in any way he could. He touched many people’s lives and had friends both near and far. Devin could be stubborn at times and his housekeeping skills may have needed a little tweaking. He had a great sense of humour, an infectious laugh and as a free spirit he did not let ego dictate his actions. Direct and to the point, he had no time for gossip, hate or drama. School was not a good fit for Devin. He had a mind of his own and was not afraid to use it. A quality considered an asset in an adult but not nurtured when you are a child. He did not always have an easy life. He made some choices that took him down a difficult path but he managed to overcome those struggles and was looking forward to the future. He had plans and was working hard towards making them a reality. He was confident in his abilities and was not afraid to take a risk. If things didn’t work, he made adjustments but did not give up. To quote one of his friends: “You truly were one of kind. Always an interesting day when you were around”. Saying we are going to miss you is an understatement. Besides his parents, he is survived by his brother, Jordon Hashem; uncles, Dale (Solais) Hashem, Brian and Kevin Hashem, Ray Spence and Devery Reynolds; aunts, Darlene Hashem (David), Denise Hashem and Linda Blaedow; as well as several cousins and many friends. Devin was predeceased by his grandparents, Etta and Brian Spence; Vera and Peter Hashem and uncle, Gary Hashem. Arrangements for cremation have been entrusted to DeMont Family Funeral Home & Cremation Service, 419 Albert St., Windsor (902-798-8317). A Celebration of Life will be announced at a later date once COVID-19 restrictions are lifted. Donations in memory of Devin may be made to a charity on one’s choice. Messages of condolence may be sent to the family by visiting: www.demontfamilyfuneralhome.ca “Some souls are too beautiful for this world, And so they leave”.